Reflecting on the Open Badges Journey

Reflecting on the Open Badges Journey

You might be surprised to learn that the story of email begins well before the tech boom. If you follow the trail of the evolution of email, you’d have to go back to the 60s. Since then, it developed slowly, with dedicated early adopters toiling at it before it became a ubiquitous part of business and life as we know it today. This evolutionary pattern is true of many things, including credentialed learning.

Today, we were on a panel titled "Innovators Reflect on a Decade of Open," which felt a bit like connecting with old friends since the evolutionary journey of Open Badges was and continues to be a group effort that started with us and a few others.

Our conversation today highlighted not just the history of Open Badges—what started as the seed of an idea in the earlier 2000’s—but also the incredible journey that has gotten us to where we are today with over 43 million badges issued worldwide. Which, at its core, is a success story of the power of organizations working together. This collaboration helped to reinvent how achievements are recognized, verified, and leveraged. And to both disrupt and include traditional learning models. 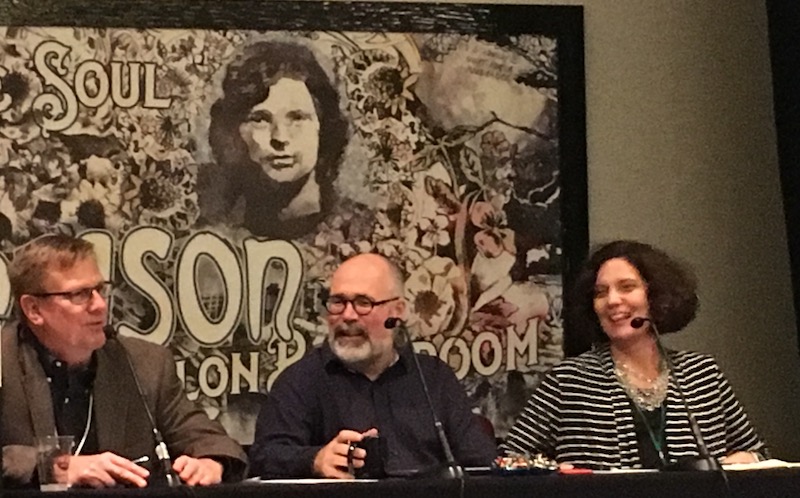 From 2009 to 2013, the MacArthur Foundation and Mozilla teamed up to create Open Badges. In early 2015, the IMS Digital Credentialing Initiative was born out of these efforts to further the adoption, integration, and transferability of digital credentials, including badges within institutions, schools, and corporations.

By early 2017 Open Badges, which had lived within Mozilla until that point, moved to IMS in its new capacity. At the time, the verifiable interoperability of badges and badging software was an obvious priority. But, of at least equal or greater importance was to bring the ecosystem of participants together to evolve from badges as an interesting idea to badges as the means by which educational processes and systems could evolve to open up opportunities for learners of all ages.

Since then, the specification has evolved for the better. In 2018, Open Badges 2.0 was released and included embedded evidence, endorsements, version control, and internationalization. You can read Mark’s reflections on that time here. And, in 2020, Open Badges 2.1 (Badge Connect) was released as Candidate Final Public. This API enables an ecosystem of federated backpacks, independent of each other yet capable of allowing users to easily move their badges from one system to another or replicating their badges effortlessly across systems.

The community support has been vibrant and continues to grow. This has included an annual Digital Credentials Summit that has grown every year and now has over 600 participants, most recently in 2021. IMS has provided extensive support to the general public as well as members, including participating in open badges efforts organized by other associations worldwide, supporting an open community forum, an open GitHub repository, and the openbadges.org website. IMS also provides the open and free Open Badges Validator tool to everyone and an Open Badges 2.1 reference implementation for those organizations willing to support the work by becoming an IMS member.

What is the Net-Net?

A recent count made by IMS in cooperation with major badging platforms totals over 43 million badges issued as of 2020.

This is an impressive number in and of itself. But, what makes the future even brighter is the emergence within the IMS community of two complementary ideas: the IMS community invented the Competencies and Academic Standards Exchange (CASE) standard as a way to structure and exchange learning objectives and skills frameworks; and the IMS community created the Comprehensive Learner Record (CLR) as a standard that allows learners to own and curate all of their achievements, including academic transcripts. Open badges can be included as credentials in a CLR and can reference skills frameworks published in CASE. Together the three standards are the foundation for interoperability from K-12 to higher education to workforce to lifelong pathways.

When we began this journey, we had a vision for interoperability in badges that could disrupt and improve the educational system and bring more people in. We’ve achieved that and more, but we still have exciting work ahead to help tip the scales of the Open Badges evolution—to make it ubiquitous.

Millions of Credentials Available – So What’s Next?

Bridging the Gap Between Education and Employment

Our Response to The Nation's Report Card

Creating a National LER: How 1EdTech Can Help Get Us There