You are welcome to post your memories about Kevin below: 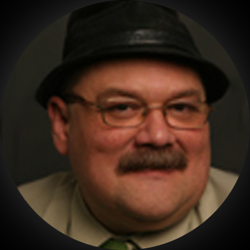 On the 16th November 2011, IMS lost a colleague and a friend when Kevin Riley died suddenly after a short spell in hospital.

Kevin joined IMS in August 2000 and one of his first responsibilities was to investigate the establishment of IMS Europe.  After considerable background work by Kevin, the European IMS Network (EIN) was established as a Dutch Stichting in mid 2001.  For the next three years Kevin was heavily engaged in supporting the large number of UK-based IMS Contributing Members (15 at its peak) and co-ordinating our initial efforts on establishing a conformance programme.  Kevin was also responsible for supporting the two IMS events that were successfully held in Sheffield, UK (Kevin’s base in the UK).  The first, an IMS Quarterly Meeting in September 2002, was memorable for the sword fighting demonstrations held in a refurbished Steel Mill (Kevin himself starting his career in the Steel industry).  The second event was AltiLab 2005 (June) when the initial discussions on Common Cartridge were held. It was Kevin who was the IMS staff member responsible for the development of the Tools Interoperability Guidelines, released in March 2006 (precursor to LTI and Basic LTI), and the Common Cartridge.  The development of the first release of the Common Cartridge specification involved, at its peak, over 35 IMS Contributing Members.  It was largely down to Kevin that this group managed to reach consensus and the specification published in October 2008.

Apart from IMS, Kevin undertook a number of projects through his own company eLoki Limited.  Indeed, it was through eLoki that Kevin managed the EU Research & Development Project TELCERT.  This was the first attempt by several European-based IMS Contributing Members to establish the technology required to support a conformance programme.  The work completed as part of the TELCERT project was later adopted by IMS as part of their initial profiling and conformance activities.

Throughout his time at IMS Kevin is remembered with great fondness by many of the people who worked with him.  One reason is that during working hours he was always dressed with a suitably flamboyant hat, tie and braces and outside of working hours this was replaced by a range of unforgettable tee-shirts and suitable hat.  Kevin left IMS in November 2009 and effectively retired in 2010 after a serious life threatening illness. Within the IMS family Kevin was a respected colleague and a good friend.  He will be missed by us all.

Kevin is survived by his partner Jenny and his four children: Cherry, Clare and the twins Fern and Xanthe.