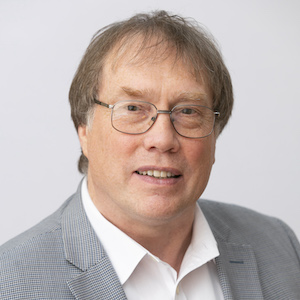 These specifications were developed and documented as Microsoft Word documents with tabular-based descriptions of the data models. For all of them, the actual interoperability was based upon the exchange of XML files. Initially, we created Document Type Definition (DTD), then XML Schema Definition (XSDs) files to provide machine-enabled validation of the XML files. Eventually, the IMS specification development process was based on creating the relevant Information Model, XML Binding and the Best Practices and Implementation Guide documents, and the accompanying DTD/XSD files. The documents were created using Microsoft Word and published as PDF documents. The DTD/XSD files were created using early versions of XML authoring tools (we are still in the 2001-2003 period). Many other standardization organizations had similar approaches and used similar toolsets. In 2004, IMS started work on their first service-based specification (Enterprise Services). Once again, the interoperability technology was XML-based but now requires SOAP messages with Web Service Description Language (WSDL) files used to provide a machine-readable version of the API. Again, we created MS Word documents with lots of tables.

In early 2006 it became clear that our specification development approach had limitations:

In 2006, we decided to move to a Model-Driven Specification (MDS) approach. The primary objective was to create a process by which the definition and description of a specification were entered into a machine-readable format (the model) once, and from that model, ALL of the artifacts would be produced using auto-generation transformations. Therefore, in the worst case, any error would be consistently present in ALL of the artifacts. This has the benefit that any error identified in one artifact can be used to fix that same error in all of the artifacts. In 2005, the IMS Enterprise Service 1.0 and a new version of the IMS Content Package specifications developed using the IMS MDS approach were published. All of the required benefits were achieved, but we also confirmed some drawbacks:

Many engineers from IMS Contributing Members did not have the time or skills to understand the details of this new approach or use the new toolkit. There was more significant dependence on the IMS technical staff to facilitate the development of the specifications. This made understanding the proposed specification and consensus-building more difficult.

Over the following decade, the IMS MDS approach underwent considerable evolution and refinement. The tooling remained based on UML using the Eclipse hosted open-source Papyrus tool, the corresponding IMS profile of UML to enable the IMS MDS approach, and the set of proprietary transformation tools. The currently supported artifacts include HTML documents, XSD and WSDL files, OpenAPI and JSON Schema files, JSON Linked Data files, and the set of PHP files used to support the conformance testing of the implementation of a service provider for the corresponding IMS service specification. The MDS approach also supports the definition of Profile of an IMS base specification: a Profile enables the adaptation of a specification to fit the specific requirements of a market, geographic, etc., communities.

In 2018 we undertook an internal review of the specification development activities in the context of the next generation of MDS. That review identified several key objectives for that next generation:

For the past three years, the IMS technical staff have worked on all of the above objectives. In the past 12 months, several changes in the IMS specification development process have become evident. The EDU-API, Comprehensive Learner Record 2.0, and Open Badges 3.0 specifications are prototyping many revised MDS approaches. In the next 12 months the following changes will be delivered: